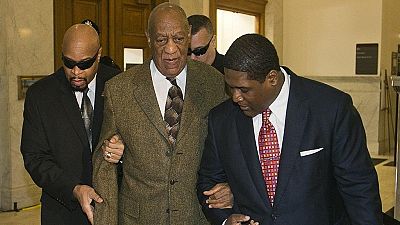 A high court in Pennsylvania has rejected Bill Cosby’s latest appeal in his sexual assault case, indicating the 79-year-old comedian will face trial in June.

Cosby’s lawyers had argued that Montgomery County prosecutors violated his rights by refusing to call his accuser, Andrea Constand, as a witness at his preliminary hearing in May 2016.

Cosby lawyer said the decision to introduce her allegations through police detectives who took her statement in 2005 robbed Cosby of his right to cross-examine Constand.

However, the judge who will preside on the trial, Steven O’Neill, ruled the case could move forward, a decision that was upheld by a mid-level appeals court.

The case is the only criminal prosecution to result from accusations of sexual assault brought against Cosby by more than 50 women, many of which allegedly occurred decades ago. Cosby has denied any wrongdoing.

Constand had in 2004 accused Cosby of drugging and then sexually assaulting her at his home in a Philadelphia suburb.

Jury selection in the case is scheduled to begin on May 22, with the trial set for June 5.

The American comedian lawyers have unsuccessfully sought to have the charges dismissed several times since he was charged in December 2015.