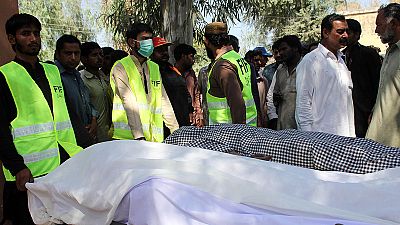 At least 20 people have been murdered at a Sufi shrine in Sargodha, Pakistan.

The police say their main suspect is the shrine’s custodian, 50-year-old Abdul Waheed.

One survivor told officers Waheed had called followers in one-by-one. He allegedly gave them poisoned food, before he and his accomplices used a dagger and a stick to kill them.

The exact motive is unclear. However, officials are calling it a cult ritual. Shortly after the deaths were discovered, one local senior police officer said the suspect seemed to be mentally unstable.

“[He] has confessed that he killed these people because he feared that they had come to kill him,” Zulfiqar Hameed told AFP agency.

Another theory initially put forward by officials is that the killings may have been in response to possible rivalry for control of the shrine.

Three survivors were able to flee the shrine, one of whom raised the alarm at a nearby hospital.