Ramping up the fight against Fall Armyworm

Nigeria: expatriate workers to be replaced with Nigerians 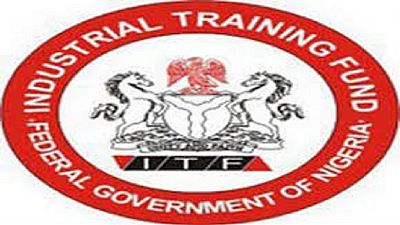 The government of Nigeria has commenced the process of replacing expatriates occupying positions in some sectors by training Nigerians in technical and vocational skills to be able to function effectively in the same capacity.

The Director General/Chief Executive Officer of the Industrial Training Fund, Joseph Ari, disclosed this on Friday while delivering a speech in Osogbo, Osun State, at the opening of 2017 National Industrial Skills Development Programme.

The Director general stated that the training was conceived to achieve the objective of the Federal Government in providing jobs for millions of Nigerians and also ensure others are self-employed.

It is worrisome that despite the number of Nigerians without work, several surveys, including those conducted by the ITF, have revealed that vacancies exist in some sectors.

“It is worrisome that despite the number of Nigerians without work, several surveys, including those conducted by the ITF, have revealed that vacancies exist in some sectors of the economy that are currently being filled by persons other than Nigerians because of the lack of requisite technical skills of our people,” he said.

Ari said that it is with a view of arresting this problem which represents not only a clear and present danger but also threatens the attainment of key government policies that the ITF conceived the idea of NISDP.

“It is aimed at instilling skills in our teeming population, particularly our young men and women, so as to escalate economic recovery and growth,” he added.

The has trained 84,100 Nigerians in over 30 trades and crafts. Most of the beneficiaries are gainfully employed today and some of them are entrepreneurs.

The Director, Field Services Department, ITF, Adesola Taiwo, adding that training Nigerian youths to possess technical and vocational skills would stop foreigners from coming to the country to take up available jobs.

Also, the Area Manager of ITF, Ibadan, Oyo State, Funke Olorunleke, noted that the rate of unemployment had gone up and white-collar jobs were difficult to get.

She further to trainees to the opportunity and equip themselves with the training and become employable and employers of labour.