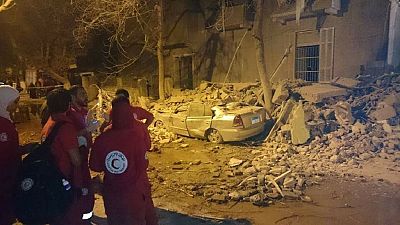 The collapse occurred after a 3.3 magnitude earthquake hit the country.

Rescue operation underway after a building collapses in the Garden City area of Cairo, Egypt pic.twitter.com/3Ygho5ScRN

According to a statement from the Ministry of Health and Population, the accident happened at midnight in the Garden City area of Cairo, Chinese news agency Xinhua reported.

The cause of the accident was not confirmed.

The quake was mild and registered at least 4.0 on the Richter stage, head of Egypt’s National Research Institute of Astronomy and Geophysics Hatem Ouda told Egyptian state news agency MENA.