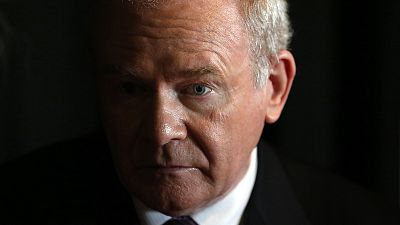 The 66-year-old died on Tuesday after a decade as deputy first minister of the British province.

It is understood that he had been ill with a heart condition. The politician stood down in January in protest over a domestic political row in Northern Ireland, and shortly afterwards quit politics because of his illness.

McGuinness played a central role in the power-sharing government in Northern Ireland following the 1998 Good Friday Agreement. He became deputy first minister in 2007, and worked alongside leaders from the Democratic Unionist Party who had previously been his bitter enemies – such as the Reverend Ian Paisley.

As a young man in Londonderry, McGuinness saw his mission as defending the rights of Northern Ireland’s Catholic minority against the pro-British Protestants who had long dominated the province.

In the early 1970s he was a senior commander of the IRA at a time when the paramilitary organisation was engaged in a deadly bombing campaign as part of its drive to rid Northern Ireland from British rule and secure a united Ireland.

Later he became a leading figure in the Irish republican party Sinn Fein, historically associated with the IRA. His role remained controversial in the 1980s as the IRA continued its bomb attacks.

In later years he said: “My war is over. My job as a political leader is to prevent that war.”

In 2012 there came a highly symbolic moment when McGuinness shook the Queen’s hand during her visit to Northern Ireland, which he described as an important gesture of reconciliation.

Leading unionists in Northern Ireland have acknowledged the role McGuinness played in the transition to peace. However, amid the tributes on social media following his death, other comments show that many believe it is important not to forget his violent past.