US increases imports of Nigerian crude oil by 287% 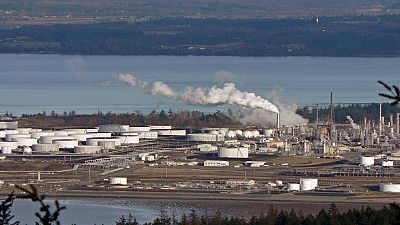 The United States almost tripled the volume of crude oil bought from Nigeria last year, seven years after it began depending less on the country ‘s crude.

This comes as the Shale oil production surged.

Latest data from the US Energy information Administration (EID) shows that the country imported 76.9 million barrels of the country’s oil in 2016.

When global oil prices started to fall in 2014, from a peak of $115 per barrel, Nigeria witnessed a further drop in the US imports of its crude from 87.4 million barrels in 2013 to a record of 21.2 million barrels.

For the first time in decades, the US did not purchase any barrel of Nigerian crude in July and August 2014.

However, the recent increase in the US imports of Nigerian crude is being threatened as shale oil production gathers fresh momentum on the back of the rally in global oil prices.

The US shale production for March is expected to rise the most in five months as energy companies ramp up drilling, with the EID forecasting that production in seven major regions will rise by a total of 80,000 bpd to 4.87 million bpd.

Global oil benchmark, Brent crude, has been trading above $50 per barrel in recent months, up from a record of low of $27 per barrel in January 2016.

Industry analysts say the rising shale oil production in the US could upend efforts by major producers including the Organisation of Petroleum Exporting Countries to bring global supply and demand for crude back into balance.

OPEC members along with 11 non-OPEC countries had on November 30 agreed to cut their oil production for the first half of 2017, although Nigeria and Libya were exempted due to production setbacks they suffered last year.