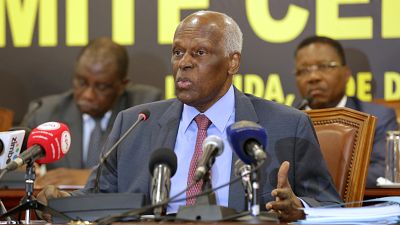 Angolan President Jose Eduardo dos Santos has ordered an investigation into the cause of a stampede at a football match in which at least 17 people were killed.

Scores of people were injured in the stampede at a stadium in the northern city of Uige on Friday when hundreds of supporters stormed the venue’s gates.

“I express my solidarity with the families of the deceased and have instructed the Provincial Government of Uige to provide all necessary assistance to the injured and have given guidance to the competent authorities to open an inquiry that will establish the cause of this serious incident,” dos Santos said in a statement late on Friday.

State news agency Angop said the Ministry of Sports has also asked the local football association and provincial authorities to investigate the cause of the incident.

Police and football officials were not available to comment.

The match between Santa Rita de Cássia and Libolo was part of Angola’s first division championship.

Witnesses told Reuters on Friday that the stampede happened as a large crowd tried to enter the stadium, which would have taken the venue past its 8,000 capacity.