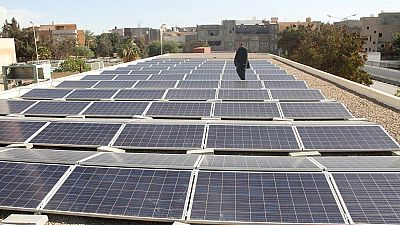 Power outages are a frequent occurrence in most Libyan towns that can sometimes reach up to 17 hours and hospitals always bear the brunt of these recurring blackouts.

The United Nations Development Programme is funding the installation of solar power panels on the roofs of hospitals in several cities across Libya to ensure a steady supply of electricity.

The solar panels have already been installed in 10 hospitals to enable them to continuously operate vital medical equipment such as dialyzers, medicine refrigeration, surgery rooms and ICUs.

“This project was launched by the UN’s development programme at 10 hospitals across Libya amid enthusiasm from Abu Salem’s mayor. They wanted to implement this project here at Abu Salem’s emergency hospital and the idea was proposed to the hospital’s administration and it was agreed upon before the solar panel was installed in a short period of time. It was installed in less than a month,” said Bashir Mohamed, Abu Salem’s deputy manager.

The use of free solar energy will permit the continuous running of dialyzers, medicine refrigeration units , surgery rooms and ICUs.

Despite chronic security and economic problems, the general power cuts in western and southern Libya have raised public frustration to new heights.

But officials have previously been blaming the power blackouts on technical problems and distortions to electricity supply caused by armed groups forcing hospitals to use generators that frequently run out of diesel.

“The solar panel which was installed in the hospital by the UN can produce about 37.5 KW, and it can store about 130 KW, and this itself is the capacity of the battery. Day time consumption is 37 KW and night time consumption is 5 KW,” said Hussein Al-Rabaty, the head of Abu Salem hospital’s technical unit.

The power cuts have contributed to the fragility of a U.N.-backed government that arrived in Tripoli last March but has failed to unite rival factions or halt a slide in living standards.