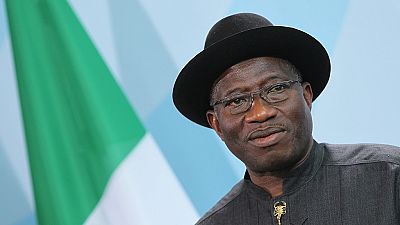 Former Nigerian president Goodluck Jonathan is alleged to have received kickbacks for a $1.3 billion illegal oil deal with giants ENI and Shell in contravention of domestic laws.

AFP reports that Italian prosecutors are alleging the former president and his oil minister Diezani Alison-Madueke, played a central role in a 2011 deal that saw the two oil companies pay the sum for an offshore oil block in Nigeria.

The document named 11 people but Jonathan and the petroleum minister, who was also the first woman president of OPEC, do not feature on the list, AFP adds.

Alison-Madueke is already facing bribery and money laundering charges in Nigeria and Britain.

According to the court documents, ENI and Shell executives worked with Nigerian businessman Dan Etete who owned the company Malabu that was the “fraudulent holder” of the OPL 245 block.

“Without competitive tendering and with full, unconditional exemption from all national taxes”, the block was bought illegally in contravention of domestic laws, the prosecutors said.

In total, $801.5 million was allegedly transferred to Etete’s Malabu accounts and $466 million out of the amount was used for remunerating government officials, including Jonathan and Alison-Madueke, AFP quotes the prosecutors.

A suspected “agent” of Jonathan, Abubakar Aliyu, is alleged to have withdrawn a further $54 million and “beneficiaries of the money went on a shopping spree buying property, aeroplanes, armoured cars,” the prosecutors added.

All parties linked to the deal have denied wrongdoing.