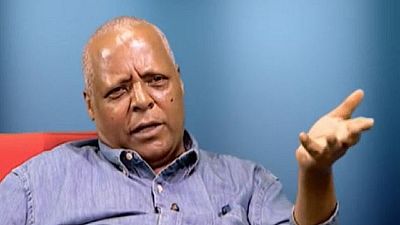 Dr Merera Gudina, a leading opposition figure and Chairman of the Oromo Federalist Congress (OFC), has denied charges of terrorist links the Ethiopian government accuses him of.

His lawyers said he (Gudina) vehemently denied any terrorism allegations whiles addressing the trial judge and said that he had spent his life teaching against the ideals of violence and terrorism.

An online media portal, the Addis Standard reports that the academician made his second court appearance on Thursday. Friends, family members, colleagues and diplomats who thronged the court for the hearing were kept out because the sitting was not open to the public.

The police were however granted a month to conclude their investigations of possible terrorism-related charges against him. The position of the police varies from that of the government which says he was arrested for flouting sections of the current state of emergency.

According to Ethiopia’s Anti-Terrorism Proclamation of 2009, police investigating terrorism related offences can obtain from a court four months of each 28 days to remand and further investigate suspects.

Ethiopia is currently under a six month state of emergency imposed to quell spreading anti-government protests in the Oromia and Amhara regions of the country. The protests which started in November last year continued into this year.