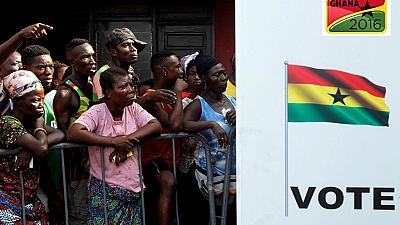 Ghana has earned international praise over the peaceful conduct of its general elections on December 7, 2016.

The United States, the United Kingdom, Canada and the European Union sent congratulatory messages to the people of the West African country reserving praise for the Electoral Commission (EC).

‘‘Through their peaceful conduct during the election, the people of Ghana have written the next chapter in Ghana’s democracy, a democracy that continues to inspire people across the region and the continent,’‘ the UK’s Foreign Secretary chief, Boris Johnson stated in his message.

Through their peaceful conduct during the election, the people of Ghana have written the next chapter in Ghana’s democracy, a democracy that continues to inspire people across the region and the continent.

For their part, the EU Election Observer Mission (EOM) chief said, ‘‘The EOM reported observing a peaceful, generally well administered and transparent vote after a competitive and inclusive campaign.

Ahead of the presentation of its final report, ‘‘The EOM highlighted how Ghana could now build on these achievements to further improve its election framework,’‘ their statement read.

A statement from the US Department of State read in part, ‘‘The United States congratulates the people of Ghana on the successful conclusion of the December 7 general election.

‘‘We commend Ghana’s Electoral Commission for administering a credible election process. We also recognize the many civil society organizations that contributed to a peaceful, transparent, and fair election,’‘ it added.

“Canada congratulates Nana Akufo-Addo on his election to the presidency of Ghana and congratulates all Ghanaians for holding transparent and democratic elections in a calm and respectful manner on December 7.

“Canada also thanks President John Dramani Mahama for his commitment to democracy, prosperity and development in Ghana and in the Economic Community of West African States and for fostering Ghana’s close partnership with Canada,’‘ statement from the Canadian High Commission in Accra read.

Bravo to Charlotte Osei & the Electoral Commission, who have announced the results. Courage & tenacity rewarded

All four entities also congratulated the president-elect Nana Addo Damkwa Akufo-Addo who defeated the incumbent John Dramani Mahama. Mahama also earned praise for his statesmanship for having conceding to Akufo-Addo.

The Electoral Commission (EC) duly declared him as President-elect on Friday night even though they had earlier slated the final declaration for Saturday. The EC’s decision followed the verification that Mahama had called to concede defeat in the polls.