Ghana’s December 7 General Elections – All you need to know 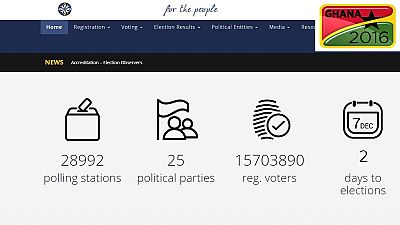 Over 15 million Ghanaians go to the polls on Wednesday December 7 to elect a new president along with 275 Members of Parliament (MPs).

General election simply means voting is done on two levels – presidential and parliamentary at the same time. There are over 28,000 polling stations across the 10 regions of the country.
A number of polling stations make up a constituency. Constituencies are a subset of the different regions.

Who is eligible to vote?

Per the 1992 Constitution, every citizen of Ghana eighteen years of age or above and of sound mind has the right to vote and is entitled to be registered as a voter for the purposes of public elections and referenda.

Voting is done at the polling station level but is transmitted to constituency level (collation centers) in the case of parliamentary elections – results for MPs are determined after putting together polling station figures in a particular constituency.

For the parliamentary vote, a first past the post structure is adopted, where the candidate with the highest number of ballots at the end of results collation is declared the winner. In this case, the constituency collation officers declare the winners and transmit official results to the commission’s headquarters.

In the case of the presidential vote, the entire country is considered as a constituency and its returning officer is the Electoral Commission chairperson. Results are declared at the polling stations and transmitted to constituency collation centers.

From there, they are sent to the regional collation centers then one figure is transmitted to the EC headquarters in Accra. After the 10 regions are put together, the EC determines whether there is an outright winner of that there is the need for a second round.

An outright winner – called ‘‘one touch’‘ winner is when a candidate gets more than 50% of valid votes cast. If the leading candidate fails to pass the mark, the EC declares a second round of voting between the two top contenders. Ghana has twice decided its president through second round vote – in 2000 and in 2008.

There is by law an early voting arrangement. Early voting for this polls was held on December 1, it is meant for electoral officers and members of the security forces who are expected to be on duty on the day of the elections.

The ballots are however kept under heavy security till after the main vote of December 7 are added then they are all counted and declared.

Ghana returned to multi-party democracy in 1992 under Jerry John Rawlings. The 1992 constitution brought into force the 4th republic. This is the seventh general election in the 4th republic. 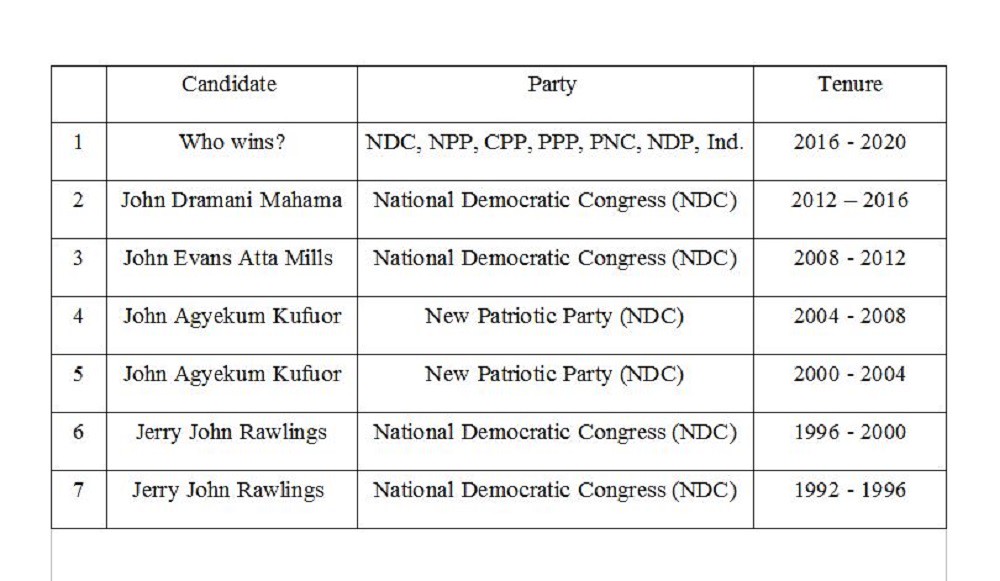