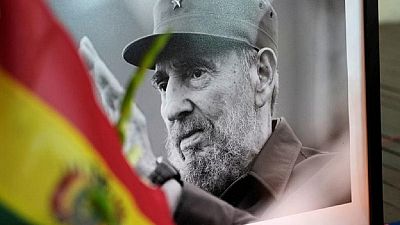 A condolence message from President Mulatu Teshome and Prime Minister, Hailemarian Desalegn, described Castro as a great friend of the country who stood by Ethiopia during its hard times.

Castro was a friend of Ethiopia who helped it defend its territorial integrity.

Ethiopia and neighbouring Somalia are at different poles with respect to Castro’s role in the 1977 Ogaden war, the involvement of Cuba is on record to have helped the losing Ethiopian army to defeat Somalia and thus annex the Ogaden plateau.

Hailemariam further expressed belief that the strongly binding people-to-people relations of the two countries will continue in education, health and other sectors in the future.

Fidel Castro is reputed as leader of the Communist revolution. He ruled Cuba as a one-party state for almost 50 years before his brother, Raul Castro, took over in eight years ago. Castro bowed out of office due mainly to ill health.

Castro – who had survived many assassination plots – was the longest serving non-royal leader of the 20th Century.