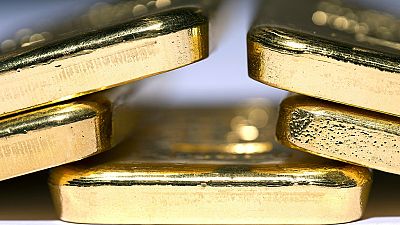 Oil rich Arabian nation, Saudi Arabia plans to double gold production by 2020, this comes as the country is increasing output of other commodities from aluminum as the world’s biggest crude-oil exporter seeks to diversify its economy.

“Aluminum production through a joint venture with Alcoa Corp. in the U.S. has potential to increase to 1 million metric tons from 760,000 tons this year, through the use of recycled metal parts,” he said.

Aluminum production through a joint venture with Alcoa Corp. in the U.S. has potential to increase to 1 million metric tons from 760,000 tons this year.

Saudi Arabia wants to spur growth in the mining industry as it plans to create more jobs away from oil and increase revenue under the Saudi Vision 2030 program. The government aims for mining to contribute 97 billion riyals ($26 billion) to its economy by 2020 and create 90,000 jobs as a result.

According to the Vision 2030 document. Saudi Arabia is rich in aluminum, phosphate, gold, copper and uranium.

London-based independent analyst and former professor of economics at King Fahad University for Petroleum and Minerals,Mohamed Ramady on Thursday said government seems to be very keen on developing the sector.

“It seems there is a big plan for the company and the sector. They want to bring more private investors and fresh minds to the sector to end the state dominance over it.” he added.