Gambia will officially exit the ICC in November 2017 – UN confirms 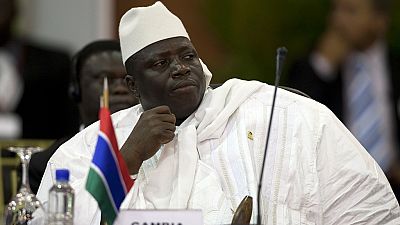 The United Nations (UN) has disclosed that all things being equal Gambia’s withdrawal from the Rome Statute of the International Criminal Court (ICC) will take effect on November 10, 2017.

A communication from the UN read, ‘‘The Secretary-General of the United Nations, acting in his capacity as depository, communicates the following:

This action is warranted by the fact that the ICC, despite being called the International Criminal Court, is in fact an International Caucasian Court for the persecution and humiliation of people of colour, especially Africans.

‘‘The action shall take effect for the Gambia on 10 November, 2017 in accordance with article 127(1) which reads as follows:

“A State Party may, by written notification addressed to the Secretary General of the United Nations, withdraw from this Statute. The withdrawal shall take effect one year after the date of receipt of the notification, unless the notification specifies a later date,’‘ the statement concluded.

The government announced last month that it was withdrawing from the ICC. The west African country accused the world body of ignoring the “war crimes” of Western nations and seeking only to prosecute Africans.

Gambian President Yahya Jammeh, has repeatedly called on the court to investigate African migrant deaths on the Mediterranean. His country’s move came just days after South Africa also served notice that it was quitting the Hague-based tribunal.

“This action is warranted by the fact that the ICC, despite being called the International Criminal Court, is in fact an International Caucasian Court for the persecution and humiliation of people of colour, especially Africans,” Information Minister Sheriff Bojang said on state television.

Gambia accused the court of looking on as western leaders numbering about 30, commit heinous war crimes against independent sovereign states and their citizens yet till date not a single Western war criminal has been indicted.

The ICC has increasingly been accused of pursuing a neo-colonial agenda in Africa. The body has carried out 11 investigations since it was established in 1998, only one has been outside of Africa.

The Gambia is the third African country on its way out of the ICC. The withdrawal started with Burundi before South Africa also followed. Sudan, whose leader Omar al-Bashir is wanted by the court has urged mass withdrawal from the court.

The ICC’s current chief prosecutor, Fatou Bensouda, is Gambian and was as an adviser to Jammeh in the early years of his rule after he seized power in a coup in 1994. She later served as justice minister.

It is not the first time Jammeh has pulled his country – a popular beach destination for European tourists – out of an international institution. In 2013, he withdrew Gambia from the Commonwealth, the 54-member grouping including Britain and most of its former colonies, branding it a “neo-colonial institution”.