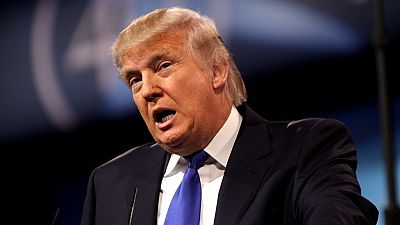 As the world comes to terms with the shock triumph of the Republican presidential candidate Donald Trump in Wednesday’s US election, focus is now shifting to what his cabinet might look like.

As the Obama administration prepares to exit the White House, Trump is forming his cabinet which is expected to be made up of people who were loyal to him during a campaign which saw some senior Republican figures distance themselves from him.

Former New York City mayor Rudy Giuliani, a high-profile supporter and friend of president-elect Donald Trump is highly tipped to become the next Attorney General of the United States of America.

But he is not the only one in the running for the job.

New Jersey Governor Chris Christie, a former contender for the presidency against Donald Trump during the Republican primaries is another name making the rounds as possible Attorney General.

Chrisite’s popularity has however been affected by the Bridgegate scandal, in which he is accused of exacting revenge on a political rival who failed to endorse his second term bid by ordering the closure of a main bridge in New Jersey.

There is also the Alabama senator Jeff Sessions, one of Trump’s most fervent supporters in Congress who is said to be under consideration for a role in the Trump administration, probably as Defense Secretary.

Sources close to the transition team according to the Reuters news agency say Retired General Michael Flynn has emerged as a possible pick for National Security Adviser.

General Flynn, a former director of the Defense Intelligence Agency, played a prominent role in Trump’s campaign and has provided private counsel on foreign affairs to the president-elect.

Former House Speaker, Newt Gingrich and Tennessee Senator Bob Corker who were both been considered as vice presidential picks for Trump are now said to be under consideration for the position of Secretary of State.

Republican National Committee (RNC) Chairman, Reince Priebus is said to be under consideration for the position of White House Chief of Staff.

Former Alaska governor and vice presidential candidate to Senator John McCain, Sarah Palin is thought to be in the running for Secretary of the Interior which would put her in charge of natural resources.

Trump’s campaign manager, Kellyanne Conway who helped bring about a more disciplined approach to the candidate is tipped as a potential White House senior adviser.

Other names making the rounds for position in the Trump administration include Ben Carson for Education Secretary and Mike Huckabee, former Arkansas Governor.