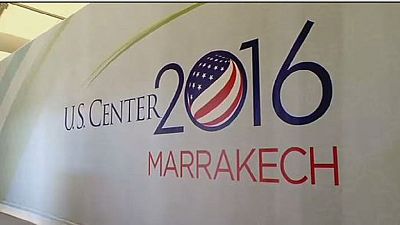 For planet earth, America’s choice for president could have serious implications. Donald Trump has called climate change a hoax, and said he would tear up Paris deal to keep global warming below 2 degrees.

At the UN climate change summit in Marrakech one of the delegates put on a brave face.

“I’m not worried, but aware that our work is cut out for us. Like this is not going to be a walk in the park, but we’re up for the challenge and we think we have history, momentum and the world on our side, because every country is acting on it,” Tina Johnson, Policy Director at US Climate Network.

For others, Trump’s win cast a toxic cloud over the proceedings. He has previously claimed that climate change was invented by the Chinese to make US manufacturing less competitive.

“Between the U.S. and China, now climate change has been elevated into not only an environmental issue but a geopolitical one between the most important two countries in the world,” said Lim Shuom, Greenpeace’s China Policy Advisor.

Environmentalists may take heart from the fact that any attempt to back out of the Paris deal has certain time limits which would go beyond Trump’s four year term in office. However, as a sceptic, he could simply ignore its obligations.