LIVE: US presidential election 2016 results as they come in 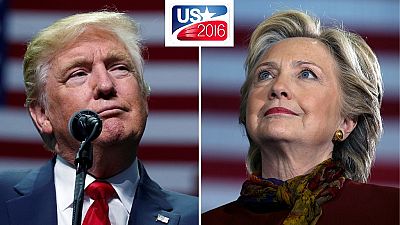 Democratic candidate Hillary Clinton voted early on the US east coast on Tuesday alongside her husband Bill, the 42nd US president, while Republican candidate Donald Trump voted with his family in Manhattan.

Unlike his Democratic rival, Trump made no declarations to the press, but he was all smiles and showed no signs of the gruelling final day of campaigning in which he held five rallies across the country.

The final results are expected by 05:00 GMT on Wednesday.