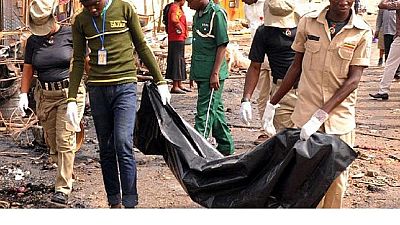 According to government sources and residents, the attackers came aboard motorcycles Monday night and stormed a gold mine near the village of Bindin, killing thirty-six people including miners and gold sellers.

The Governor of Zamfara State condemned the attack in the strongest terms, calling it an “act of terrorism”, the Nigerian government said in a statement.

He also announced that an investigation had been opened.

Residents confirmed the attack which is the latest in a series of deadly raids committed in the state by cattle raiders.

“We do not doubt for a moment that the herd thieves that spread terror were behind this attack,” Lawwali Usmanu, a resident told AFP.

“We buried the thirty-six victims of the attack today. For us it is a day of mourning,” he added.

A local official said the attackers entered the tunnels of the mine and opened fire on miners after killing gold sellers at the entrance.

The Zamfara State is known for its significant gold resources and mines operated by traditional methods.

The locals practice this activity to increase their income from livestock and subsistence farming.