Shirley Chisholm: the politician who fought for a female US president 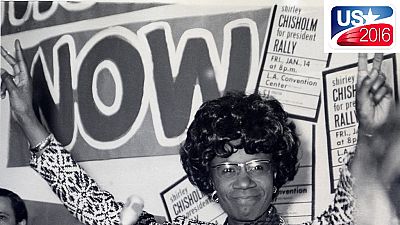 “I am not the candidate of any political bosses or fat cats or special interests.”

That was the campaign slogan for a woman of many firsts – the first black woman elected to the US Congress, first woman to run for president, and the first black candidate for a major party’s nomination for the presidency.

Shirley Anita Saint Hill Chisholm was an educator, activist and politician and one who fought for change. She was used to standing out in many places not least in a Congress where she stuck out like a sore thumb but she made no apologies for it.

Knowing her ambitious attempt would not be successful she carried through nonetheless breaking barriers and shattering glass ceilings to encourage women and minorities – African Americans and children of immigrants.

Years later she wrote in her book The Good Fight, “I ran for the presidency, despite hopeless odds, to demonstrate the sheer will and refusal to accept the status quo.”

Shirley Chisholm did not have much support, not from A list celebrities, business leaders or power brokers.

She managed just 152 delegate votes at the Democratic National Convention.

But she paved the way for sitting US president Barack Obama and the Democratic Candidate for the 2016 presidential election, Hillary Clinton and many women, African Americans and minorities in politics.

Shirley Chisholm dared and dreamt and decades later here we are.

44 years in the making, a difficult and brutal journey to a history making moment.