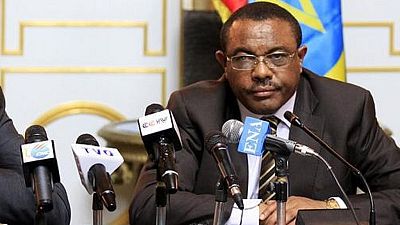 Dr Negeri Lencho, Ethiopia’s newly appointed Information Minister has expressed the resolve to develop and protect a vibrant media landscape in the country.

Lencho said a vibrant media was non-negotiable in the country’s democracy further linking it to tolerance and stability in a country that has been rocked by anti-government protests since late last year.

“We cannot build democracy without vibrant media, without public participation, without tolerance and stability,” but he admits the challenges ahead and expresses a commitment to free media.

We cannot build democracy without vibrant media, without public participation, without tolerance and stability.

“There are challenges and I like the challenges because I want to see a better media landscape… I’m not taking this office for a luxury,” the BBC quotes him to have said.

Dr Negeri was appointed early this week in a cabinet reshuffle by Prime Minister, Hailemariam Desalegn. He replaced Getachew Reda who served as official government spokesperson.

He previously served as a journalism professor in Addis Ababa University before his appointment as a Communication Affairs Office Minister.

Ethiopia is currently under a 6-month state of emergency imposed on October 9 to help quell anti-government protests in the Oromo and Amhara regions of the country.

As part of the curfew rules, the government has mounted a Command Post that has in the past arrested thousands of people and seized arms supposedly used by anti-government elements. They reported the release of thousands this week.

Under the state of emergency, access to social media, especially Facebook and Twitter are restricted. Any attempt to communicate with “terrorist organisations and anti-peace groups designated as terrorist” is banned.

Most of the anti government protests since last year are believed to have been instigated through social media.

There are also restrictions on which TV channels a person can watch. Esat and OMN are banned, they are both based outside the country. The government has described them as “belonging to terrorist organisations”.

The Ethiopian regime is also known to have arrested and detained bloggers and journalists in the country on charges of inciting violence.

The United Nations Commission for Human Rights in a recent release whiles calling for an independent probe into the protests also asked the government to free up the media landscape.

‘‘Instead of cutting off access to mobile data services in parts of the country, including in Addis Ababa, we urge the Government to take concrete measures to address the increasing tensions,’‘ the UN statement said.