Ghanaian party animals have a presidential candidate to vote for 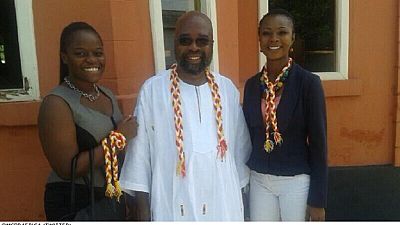 “We will earn trillions of dollars and Ghanaians will have jobs and they will party every weekend because they will have money in their back pockets. When you have money, what do you do with it? You party!” these are the words of Ghanaian presidential hopeful Henry Lartey.

The flagbearer of the Great Consolidated Popular Party (GCPP) made the promises on Wednesday during an interview on a local television channel GHOne TV after his disqualification by the Electoral Commission to contest the December 7 elections due to filing errors.

Lartey, who succeeded his late father at the top position of the small party, is pushing his father’s stance of using agriculture to turn the fortunes of the country.

We will earn trillions of dollars and Ghanaians will have jobs and they will party every weekend because they will have money in their back pockets. When you have money, what do you do with it? You party!

“I’m a businessman, I have several farms and I’m the largest supplier of organic papaya in the world … If I’m given the chance, I’m going to mirror whatever we are doing in agriculture and they will be sold out,” he assured.

Henry Lartey’s ambition of becoming president of Ghana is not yet over as he has filed a suit against the Electoral Commission to revoke its decision.

He is among 13 out of 17 presidential aspirants kicked out of the race for reasons including incomplete details on forms, failure to meet legal requirements during filing process and failure to pay the required fee within the stipulated time.

Below are some reactions from Ghanaians after Henry Lartey’s promise.

Henry Lartey has my vote

Rydii this be where politics catch.RT GhOneTV: “Ghanaians will party every weekend under my government” – Henry Lartey (1/2)

I have been Dr. Henry Lartey's biggest supporter since 2pm today

No need for the elections. Henry Lartey is already our presido.

We should all come together and vote for Dr. Henry Lartey. Party every weekend? Man