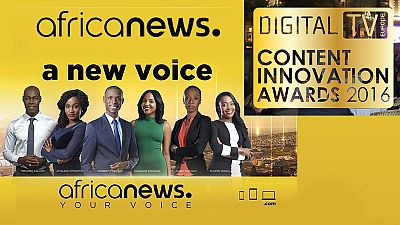 The Best New Channel Launch Award was presented to Africanews out of three nominees for its excellence in news delivery since it launched this year.

Africanews launched its online platform on January 4, 2016 and its television on April 20 as sub-Saharan Africa’s first multilingual and independent channel broadcasting from Pointe-Noire, Congo.

Africanews broadcasts to 33 sub-Saharan Africa countries with a team of over 50 media professionals from 15 different nationalities.