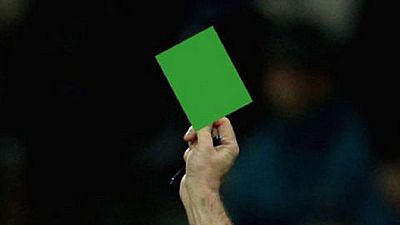 History was made in Italy this week as Vicenza attacker Cristian Galano received Series B’s first-ever green card, which was awarded for fair play.

Officials for the Italian second tier announced at the beginning of the season that the player shown with the most cards for fair play will receive an award.

Tuesday marked the first instance of the new policy in action, when Galano admitted that no Virtus Entella defenders had touched the ball when referee Marco Mainardi had incorrectly called for a corner kick.

We think that football needs positive messages.This sport is too often embroiled in controversy that drives people away from the stadiums.

Series B president Andrea Abodi admits that the cards are largely symbolic, but is eager to promote the Italian second division in a more positive light following the match fixing scandal that rocked the league at the beginning of the season.

“It’s a symbolic award. It could be something very simple,” Abodi said.

He further added that the important thing is to recognise it when a professional does something exemplary.

“We think that football needs positive messages.This sport is too often embroiled in controversy that drives people away from the stadiums,”he said.