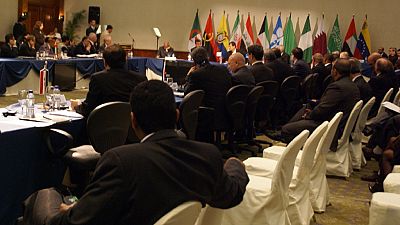 The Organization of the Petroleum Exporting Countries (OPEC) have reached an agreement on Wednesday evening to limit oil production to between 32.5 and 33 million barrels per day from an August level of 33.24 million barrels.

The energy ministers of Qatar and Nigeria announced the decision after an informal meeting of the group in Algiers.

“We came to an agreement of between 32.5 and 33,000,000 barrels per day,” the Nigerian Minister of State for Petroleum Emmanuel Ibe Kachikwu told reporters.

The Qatari Minister of Energy confirmed that figure.

The deal which is the first in eight years is expected to come into force in November.