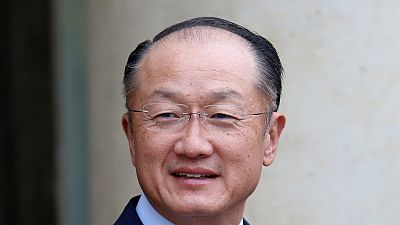 Jim Yong Kim, President of the World Bank Group, has been reelected as leader of the global finance institution. His reappointment was contained in a statement by the Bank’s Board of Executive Directors.

‘‘I am humbled to have the honor of serving a second term as the head of this great institution. I am grateful to our Board for giving me the opportunity to continue building on our successes,’‘ Kim said.

He officially begins his second five-year term beginning July 1, 2017. He stated that despite the gains made by the Bank under his tenure, there was more to be done especially in the area of ending poverty and promoting shared responsibility.

‘‘I believe that the World Bank Group is the greatest instrument for tackling global poverty in the world, with unmatched global knowledge and financial tools.

‘‘I look forward to working with our professional and diverse staff, our partners, and our member countries to build a more inclusive world, free of poverty,” he added.

He received a number of African endorsements as he made his intention to run for a second term.

Among others, Kenya, Rwanda and Togo. President Uhuru Kenyatta of Kenya disclosed via twitter that Kim’s development driven passion for the continent since becoming president was worthy of another tenure.

‘‘He is passionate about development & has given special attention to Africa’s development needs since he became President of the World Bank. This is a significant achievement which as policy makers on the continent, we must all recognize and appreciate,’‘ he said.

“Dr. Kim has strived to make the World Bank a partner of choice for African countries. The Bank has provided significant development support in key sectors of priority to Africa including health, energy, infrastructure, social protection, urbanization, environment, agriculture and education,’‘ Rwanda and Togo said in a joint statement.

Kim, a South Korean-American physician and anthropologist, is the 12th President of the World Bank Group. He took office in 2012.

He previously worked as an advisor to the Director-General of the World Health Organization (WHO) before rising to become Director of the WHO’s HIV/AIDS department.