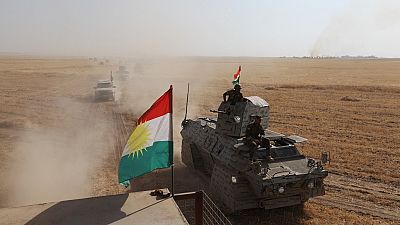 It comes as part of a campaign to recapture Mosul, ISIL’s de facto capital in Iraq, an official statement announced.

Backed up by US-led coalition air strikes, a Peshmerga commander said they had managed to retake 11 villages en route to Gwer, the target of the operation, lying just 40kms from Mosul.

An estimated one million people remain in Iraq’s second largest city. As forces advance, at least 100,000 people have been displaced as fighters clear territory.

The battle for Mosul is expected later this year. Prime Minister Haider al-Abadi says its fall would mark the effective defeat of ISIL in the country.

Iraq’s army is advancing from the south. In July it captured Qayyara airfield (60kms from Mosul) which will serve as a staging post for the main offensive.