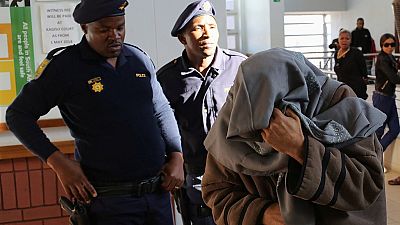 South African police have revealed that they have busted a probable child trafficking incident involving over 50 children being brought into the country from neighbouring Malawi.

The police on Tuesday disclosed that they had rescued 57 children hidden in a truck. According to the police, these children were probably intended for prostitution or forced labor.

The police also revealed that three men who were in the truck, including the driver, were arrested and are to assist in investigations.

The children comprising of 39 boys and 18 girls, were discovered over the weekend “at the back” of a truck during a routine traffic stop in Rustenburg, 100 km northwest of Johannesburg, a statement of police said.

The youngest of them was 11 years, even though their exact ages of the others could not be determined due to lack of papers and because of the language barrier, a police spokeswoman, Mashadi Sepele told AFP.