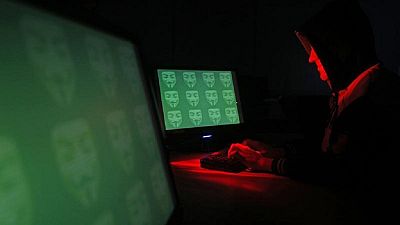 Nigeria’s Minister of Communication, Mr Adebayo Shittu, has disclosed that Africa’s most populous nation and biggest economy, loses about 0.8% of its Gross Domestic Product (GDP) year-in year-out to cybercrime.

The amount in monetary terms of the loss comes to 127 billion naira, the equivalent of $430 million.

Shittu made the disclosure at an ongoing National Conference of the Nigerian Computer Society, NCS, with the theme: ‘‘Information Technology for National Safety and Security,’‘ the online news portal old Vanguard reported.

Nobody, no organization can perform optimally under a cloud of fear. Uncertainties and raised anxieties strain our economy and society. We must, however, acknowledge successes recorded so far in the fight to keep Nigeria secure.

The minister noted that growing dependency on digital infrastructure posed grave threats to national security. Despite efforts to boost use of Information and Communication Technology ICT,  tools and Geographical Information System, GIS, to tackle Boko Haram, Niger Delta militancy and other security challenges the country was faced with.

The minister however warned that national security of Nigeria should always reign as supreme: “Many Nigerians now have access to internet facilities. Our citizens now use the enormous opportunities this digital infrastructure brings to work, transact business, campaign, communicate, learn, interact and relax. Today banking, commercial and other critical services are being provided online.

“Evidence, however, abounds on growing electronic fraud and threats to digital databases both in private and public sector. Without safety and security, growth is impossible. Information Technology for National Safety and Security as the conference theme, is highly relevant as it aligns with the national safety and security priority of the administration of President Muhammadu Buhari.

“Securing lives and properties is both an enabler and an imperative for growth and development. Threats emanate from local and global terrorism which strikes fear and shatters the much needed national peace and security.

“Nobody, no organization can perform optimally under a cloud of fear. Uncertainties and raised anxieties strain our economy and society. We must, however, acknowledge successes recorded so far in the fight to keep Nigeria secure,” he concluded.

Cybercrime is an offence committed using a computer and the internet to steal a person’s identity or sell contraband or stalk victims or disrupt operations with malevolent programs. Africa’s most populous nation has a notoriety for having lots of people engaged in the illegality.