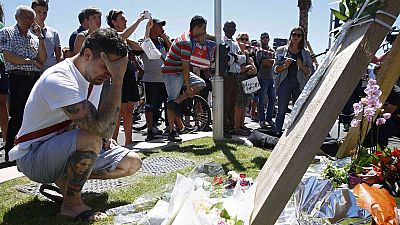 African leaders have condemned the Thursday night attack in Nice, south of France when a man drove a heavy truck into a crowd celebrating French national holiday, Bastille Day, killing at least 84 people.

The truck driver who was shot dead by police, is reported to be a delivery driver identified by French media as Mohamed Lahouaiej Bouhlel. The police also identified him as a 31-year-old Franco-Tunisian, born in Tunisia.

Kenyan president Uhuru Kenyatta in a statement commiserating with France on Friday said the attack appears to have been motivated by the “same evil ideology that has inspired equally vile attacks in Kenya”.

“As a friend and ally of France, and as a nation that has suffered the same evil that was visited on France yesterday, Kenya stands ready to support France in this time of sorrow and grief,” the statement added.

Gabonese president, Ali Bongo Ondimba, also used Twitter to express his country’s support to the French people who were celebrating their liberty when they were attacked.

Senegalese president Macky Sall also said he is saddened by the “unspeakable attack and cowardly killing of many innocent victims.” He expressed his condolences also via Twitter.

The Ivorian president added his voice, through his presidency, to the many condemnations against the attack in Nice expressing his condolences to the French people.

Meanwhile, the opposition leader of the Democratic Republic of Congo, Moise Katumbi, linked the veracity of the attack to those of the United States and his country the DRC. He also described the attack as despicable while expressing condolences and prayers to France.

Despicable attack in #Nice; deepest condolences and prayers. In #France, in #DRC, in the #US, the same freedom is hit. We have to face up.

French president Francois Hollande has described the attack as a clear terrorist assault and extended the country’s state of emergency for another three months.

“There’s no denying the terrorist nature of this attack of yet again the most extreme form of violence,” the French leader said in a national television address at 4 a.m. (0200 GMT), about five or six hours after the carnage in Nice.