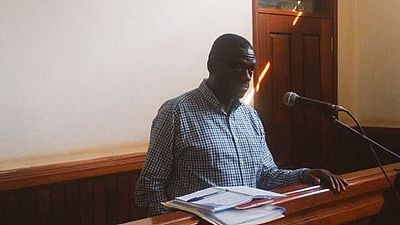 Ugandan opposition leader, Kizza Besigye, during his treason hearing on Wednesday gained the attention of the presiding judge who decided to visit the Luzira Prison to assess the condition of inmates.

The hearing, held at the Nakawa Court in Kampala, was characterized by continuous pleas from Besigye who complained about the violation of his rights by prison officials where he is being remanded, as well as being barred from sending out messages to his supporters.

Kizza Besigye has already written to the country’s Chief Justice to complain about what he calls his “mistreatment” in prison.

Chief Magistrate James Ereemye ruled on the violation of Besigye’s rights by pledging to visit next week, but did not address the freedom to send messages which Besigye believed was not harmful as all his messages are censored anyway, local media reported.

“On the issue of violation of rights in prison, it’s high time under the umbrella of DCC [District Chain-Linked Committees] that I should visit you in Luzira prison so that we discuss and see how and why these concerns keep on coming up so that we can come up with solutions in that regard,” the judge said.

The pleas of Dr Besigye did not end there as he further requested for an expedited investigation per his constitutional right. The judge sided with him and cautioned the prosecution to avoid delays so as to transfer the case to the High Court for trial.

#Besigye has also asked court to give a time frame in which the state should conclude investigations pic.twitter.com/lyd1e9pvDZ

The case was adjourned to July 13 to allow the prosecution conclude their investigations.

Dr Kizza Besigye, who came second in Uganda’s February 18 elections, was arrested on May 11 after swearing himself in as president of the country.

Besigye won 35 per cent of the votes and declared the polls were rigged and will not approve Museveni’s presidency.

This is the second time that Besigye is being charged with treason after the first trial in 2005 was dropped. The penalty for treason in Uganda is death or life imprisonment.