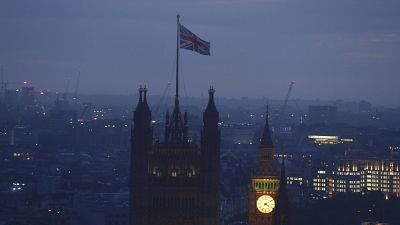 Brits went to the polls on Thursday (June 23) to decide whether to stay (YES) or leave (NO) the continental socio political and economic bloc, the European Union (EU). A vote that has widely been labeled the ‘Brexit’

Almost 24 hours later, the result was out, Brits wanted to leave the EU.

“This means the UK has voted to leave the European Union” https://t.co/O0Hka0SbHf

Over the past few months, a lot of media time has been dedicated to the subject. Those for ‘Brexit’ largely argued that the EU had markedly transformed over the years diminishing the sovereign authority and influence of the UK.

On the other hand, proponents of sticking to the status quo posit that UK’s status is strengthened by staying in the EU, a much larger regional body  and they could benefit from greater continental security cooperation.

Britain has voted to leave the European Union by 51.9 percent to 48.1 percent, final results from all 382 of Britain’s local counting centres showed on Friday.

#Brexit: Geographical breakdown of how the UK has voted in the #EUref https://t.co/15m7ApoL6Z pic.twitter.com/ns1aUvw83R

Prime Minister David Cameron announced Friday he will resign after Britons voted to leave the EU in defiance of his warnings of economic pain.

Cameron promised to try to “steady the ship” over the next months but said a new leader should be installed by early October.

“I do not think it would be right for me to try to be the captain that steers our country to its next destination,” the British leader said outside his official Downing Street residence in London.

The British pound nose-dived to its lowest level against the US dollar in 31 years, as the markets took fright at the news.

This is despite reports by some UK media sources have also hinted that Scottish nationalists are already raising the prospect of a second independence referendum.