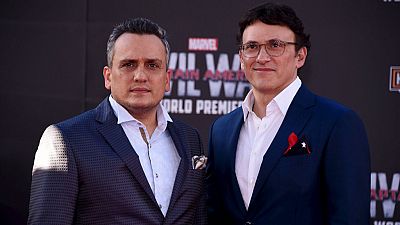 The story of American superhero, Captain America continues in a new installment of the film.

Directed by the Russo brothers, the film is the thirteenth from the Marvel Cinematic Universe.

The story is set a year after the events of “Avengers: Age of Ultron”.

Another international incident involving the Avengers results in collateral damage prompting politicians to to form a system of accountability. The new status quo deeply divides members of the team.

This further creates a division among the Avengers with Iron Man Tony Starks leading one side and Steve Rogers (Captain America) leading the other side.

The world premiere of the multi-million dollar production was held in Los Angeles.

Marvel Comics has since its launch in the 1930s developed a cult following around the world.

Chris Evans who reprises his role as Captain America, said the love of the fans keep actors in the genre going.

“We don’t do this for ourselves, we do it so the fans are happy especially with properties like this – these well-known characters that have these die-hard fans with high expectations – it’s for them.”

Anthony Mackie who is part of a faction of the Avengers who wear electromechanical armour plays ‘the Falcon’. His character has mechanical wings, but apparently the actor did not enjoy his costume during the making of the movie.

“The costumes were awful because it was 110 (43 degree celsius) degrees in Atlanta. It was torture” he said of his sleeveless winged costume.

Brothers Anthony and Joe Russo who directed the new ‘Captain America’ film have directed other Captain America installments as well as the ‘Avengers’ films.

Co-director of the film, Joe Russo said: “One of the best things about making Marvel films is this, getting to share it with the fans. There’s such a great fan base. It’s exciting. He and I, it’s like working at the CIA for two years. We can’t talk about anything and now finally we can share the film and talk about it.”

He described the experience on set as “incredible”.

“I remember the story when I was a 12-year-old boy and I was amazed by it. When I think about some of the parts of the movie, it’s just great. There are moments where you let yourself get carried away and you go ‘Wow’,” he added.

Following its world premiere, ‘Captain America: Civil War’ will from next month be available for international release.

The action film will also be screened in 3D and IMAX 3D.