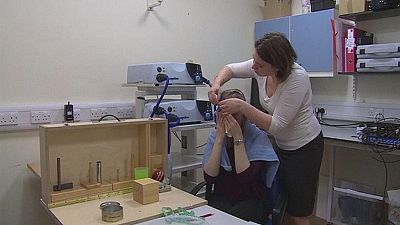 An Oxford University study saw improvements in the movements of stroke patients who received electrical brain stimulation over nine days.

According to Charlotte Stagg, Associate professor, Nuffield Department of Clinical Neurosciences, University of Oxford, what stimulation does is just increase the rate at which an individuals’ brain cells move.

What we think it (electrical stimulation) does is just allow the brain cells to fire just a little bit more.

“What we think it (electrical stimulation) does is just allow the brain cells to fire just a little bit more. So if you imagine, when your brain is doing something like moving your hand the cells in your brain are firing all the time and communicating with each other,” she said.

To probe the effects of brain stimulation, the researchers chose 24 patients who had experienced a stroke at least six months before, and who had difficulties with moving one hand. The participants were then split into two groups.

Both groups were given the same physiotherapy, but only half were given electrical stimulation, chosen for its ability to increase motor skill function and learning in healthy people.

The aim was to see if those with full treatment improved more than patients who had not had stimulation.

The results indicate that brain stimulation bolstered the effect of the rehabilitation therapy, with patients who underwent the stimulation scoring appreciably higher on two of the tests.

According to the research, patients who underwent the brain stimulation had larger increases in activity in regions of the brain associated with movement than those who had been given the placebo treatment.

The study comes as new figures from the World Health Organisation show strokes kill two and a half million globally each year and are a major cause of disability.