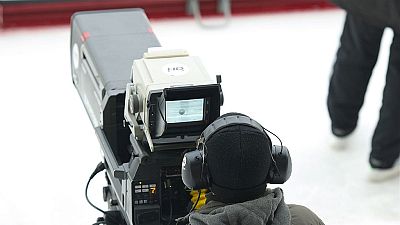 An Egyptian court has sentenced a TV presenter to a year and six months in prison on Monday for smearing a sexual assault victim.

The misdemeanor court relayed the sentence to Reham Saeed for defamation and violation of personal freedom of a woman during her talk show on private network Al-Nahar.

In October, Somaya Tarek was interviewed on Saeed’s show Sabaya El-Kheir (Charity Girls), to speak out about how she was harassed and slapped by a man in a Cairo mall. She was dressed in a tank top and jeans.

Initially, Tarek filed a complaint against the man but the police did not arrest him.

During the show, the presenter insisted Tarek was dressed inappropriately. Later, Saeed launched a monologue suggesting that Tarek was to blame for the sexual assault. The TV host went ahead and showed private pictures of Tarek purported to have been stolen from her phone. The images include Tarek wearing a bikini.

Following a social media outburst over the presenter’s action on blaming Tarek, Saeed received backlash resulting to the suspension of her show.

Meanwhile, Tarek’s attacker was sentenced to a month in jail but the sentence was reduced to a fortnight after he launched an appeal, according to a local daily.