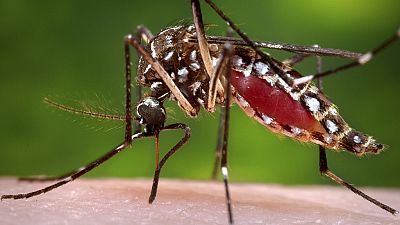 37 people have died from a Yellow fever outbreak in Angola since December last year.

The outbreak of Yellow fever, a disease transmitted by mosquito bites, began in Viana, on the outskirts of Luanda.

The outbreak has since spread to other parts of the country bringing the total number of people infected so far to 191.

The Department of Health is monitoring the sanitation situation in Luanda which is said to have become worse due to an accumulation of uncollected garbage.

“Actions should be developed for the improvement of public sanitary and garbage collection,” the National Director of Health.

Without early treatment, nearly 50% of people suffering from an advanced stage of Yellow fever do not survive.

The World Health Organization (WHO) estimates 130,000 cases of yellow fever are recorded annually with 44,000 deaths in endemic countries in Africa.

The number of yellow fever cases have increased over the last two decades due to decreased immunity and other conditions including deforestation, urbanization, population movements and changes in climate.