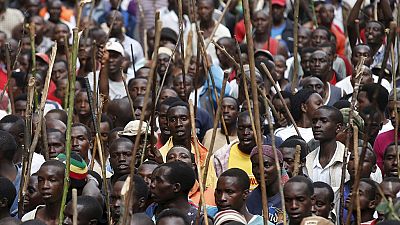 <p><strong>A United Nations report has accused Rwanda of recruiting and training refugees from Burundi to oust President Pierre Nkurunziza, according to a Reuters news agency report.</strong></p> <p>Rebel fighters told the UN panel of experts who monitored sanctions on the Democratic Republic of Congo, that the training was done in a forest camp in Rwanda.</p> <p>“They told the group that they had been recruited in the Mahama Refugee Camp in eastern Rwanda in May and June 2015 and were given two months of military training by instructors, who included Rwanda military personnel,” according to Reuters.</p> <p>18 Burundian combatants including six children in South Kivu province, in eastern Congo told the experts they were trained in military tactics, use of assault rifles, rocket propelled grenades among others. </p> <p>Rwanda Ambassador to the UN Eugene Gasana dismissed the claims.</p> “This further undermines the credibility of the Group of Experts, which seems to have extended its own mandate, but apparently investigating Burundi,” Ambassador Gasana told Reuters. <p>In December, Burundi had accused Rwanda of supporting a rebel group that was recruiting Burundi refugees in Rwanda but President Paul Kagame dismissed the claims describing it as “childish”.</p>