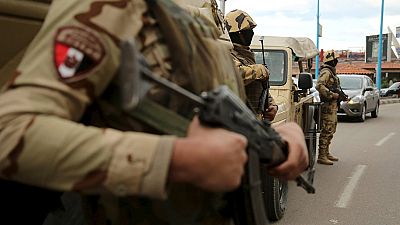 Egypt is trying to zero in on Islamist militants who stepped up attacks after the army toppled president Mohammed Mursi of the Muslim Brotherhood in 2013.

They have mostly targeted soldiers and police, but also attacked civilians.

Although raids against militants are common in Egypt, they are rare in neighbourhoods like Maadi, a leafy suburb which is home to a large foreign community and some of Egypt’s elite.

Two police officials were wounded in the clashes and another two militants escaped with security forces in pursuit, security sources said.

They said police had received information that armed militants were in the area. When security forces arrived, the militants opened fire and clashes ensued, the sources said.

Weapons and explosives were found nearby, they said.