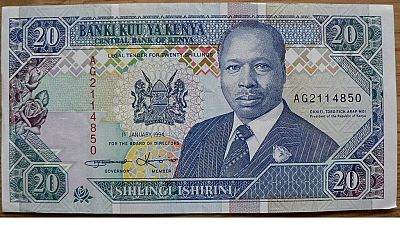 Kenya is eyeing a budget deficit of 6.9 percent of GDP in the 2016/17 fiscal year, from a revised 8.1 percent this fiscal year, the ministry of finance said in a draft budget policy statement.

The East African nation has ramped up spending in recent years to build a modern railway, new roads and electricity plants, driving up the budget deficit and unnerving investors.

The deficit for this fiscal year is expected to decline to 522.3 billion shillings ($5.11 billion), 8.1 percent of gross domestic product, from 569.2 billion shillings, 8.7 percent of GDP, where it was set in a June budget, the Treasury said in the draft budget policy statement posted on its website.

The Kenya Gov plans to cut spending by 1% of GDP in the next six months to rein budget deficit and create buffers https://t.co/LqHImHDWND

The narrower deficit will be arrived at through a reduction in expenditure and borrowing, the ministry said in the draft which was published for the public to offer comments before it is finalised by the government.

The deficit will fall to 6.9 percent of GDP in the next financial year before declining to 4.3 percent in the medium term.

Kenya’s economy has suffered less than many counterparts on the continent, notably South Africa and Nigeria, from tumbling commodity prices and the fallout of China’s faltering economy. Its currency has stabilised this year after falling 11 per cent last year.