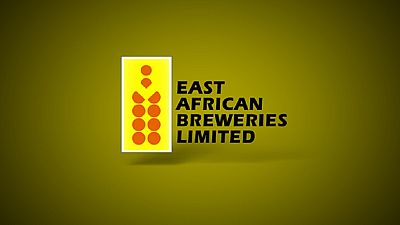 The rise is attributed to the consumption of the low end beer Senator Keg, a Sh 2.2 billion profit from the sale of Central Glass Industries (CGI) to a South African glass-making firm and a further Sh 707 million from partial sale of land at its Ruaraka headquarters.

“We have delivered solid performance despite the challenging economic environment in East Africa” said EABL Group Managing Director, Charles Ireland. We have seen in the business volatility and foreign currency challenges across the region, however we have a clear strategy and will continue to build on new opportunities to drive our business growth” he added.

Kenya, which is the firm’s main market, posted the strongest growth in revenues at 22 per cent, which was mainly driven by the rebound of the Senator keg.

However, the brewer says the hike in excise duty will affect demand in its home market thus it plans to raise the output of the keg beer which is lowly taxed in order to offset the impact.

Kenya’s government raised beer excise duty by 43% to 100 shillings ($0.9785) per liter of beer in December which has driven up retail prices by at least 20 shillings per bottle.

“Kenyan consumers are incredibly price sensitive so moving up by 20 shillings is a big deal,” said Charles Ireland, group CEO of EABL.

The brewer struggled in other markets such as South Sudan where sales dropped by 74% due to currency volatility and political instability.

Also, sales on its mainstream beer brands across the four markets that it operates including Kenya, Uganda, Tanzania, Rwanda, the Democratic Republic of Congo and South Sudan declined by 10 per cent.

Due to the solid performance, EABL which 50.02 per cent owned by multinational brewer Diageo, will pay Sh 2 per share as an interim dividend.