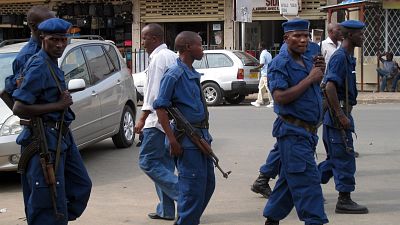 A former intelligence operating with the Internal Security Organisation in Uganda has gone missing after being arrested by the Ugandan police, local media reported.

Since his arrest on Friday, Rwomushana has not yet been reached as the police claim he is assisting in an investigation.

His lawyers confirmed his disappearance after being confronted by Police at Kireka when they were inquiring about his case. Police had detained the former Political Intelligence Unit Boss over his posts on the social media that seemed to have provoked the the government operatives according to the Ugandan media.

It is claimed that the ex-Ugandan-intelligence had posted a picture of a security guard alleged to have died. The picture has also lead to the arrests of two editors from the local newspapers.

The Ugandan administration has been accused of intimidating the media by the country’s Human Rights Watch.

The report also indicated a clamp down on rights activists effort to educate voters and even those probing transparency in the oil sector.

The Uganda Parliament recently passed a non-governmental act that forbids staff members from such organisations to engage in acts that is ‘prejudicial to the interest of Ugandans’.