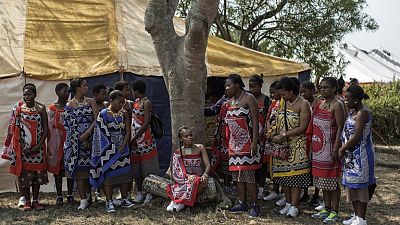 Wearing white snickers, a tiara and the traditional wrap, Sikhanyiso Dlamini, Swaziland’s royal princess rattles off some lyrics. Using the stage name ‘Princess Pashu,’ she is using hip hop to promote the monarch.

Being a rap artiste may appear to be unconventional in her position but her act has caught up with young Swazis. The eldest child of King Mswatii III, Sikhanyiso Dlamini says she found her beats from Swazi traditional music.

“The rhythm that I have from hip hop derives from the cultural traditions that we have here in Swaziland. They’re what inspire me, actually. My rap is more soulful and some of it might sound African because it started with the Swazi. Because for instance, we have Dika – that’s when you’ll have the men saying… (sings in SiSwati) …and that already sounds like rap,” said Sikhanyiso Dlamini.

The rhythm that I have from hip hop derives from the cultural traditions that we have here in Swaziland. They're what inspire me, actually. My rap is more soulful and some of it might sound African cos it started with the Swazi.

The 28-year-old graduate from Universities in England, the USA and Australia sits on her father’s advisory council.

Sikhanyiso sees no contradiction between her rap music and tradition. As the chief maiden, she still leads tens of thousands of girls in the annual reed dance. An event where King Mswatii chooses a bride.

“Royalty in Africa is rather different in terms of not having the liberty as European royals supposedly have, we don’t have much time for leisure and for us it’s the culture that drives us to do what we do,” said Sikhanyiso Dlamini.

Sikhanyiso acknowledges there are issues in the kingdom that need to be addressed. But she supports the monarch and believes the majority are also in favour. In her song “Hail Your Majesty,” she sings “ My heart is tired by a noble theme. A humble servant, I recite my verse for the King… the time has come and the time is now, for King Mswati’s dream to manifest within.”

King Mswati III is the last absolute monarch in Africa.

“We believe in what the people want. So his majesty called the country and presented to them that, ‘Oh, there is a cry from a minority in Swaziland that something like this should happen.’ And the people said , ‘We refuse. We want the monarchy’,” said Sikhanyiso Dlamini.