In Senegal, a new offshore gas terminal, located in the Atlantic Ocean about ten kilometres off Saint-Louis, is beginning to upset fishermen who are lamenting the loss of an area rich in fish.

A new danger may be looming on the horizon. At least, that’s what Senegalese fishermen fear. The new offshore gas terminal visible through the morning mist cloaking the Atlantic Ocean, where Senegal meets Mauritania, is the threat.

The launch of gas production is expected to start next year. As it draws closer the Secretary-General of the fishing union braces for the worst; meaning the end of any fishing activity in the area.

"However, the fishing area is very small, it is practically stuck between the mouth of the river and the border with Mauritania where there are coastguards who've already killed 19 fishermen because they forbid access to their waters", Dieng laments.

Lately, seafarers have seen their catch dwindle. The authorities stepped up their control over the offshore platform and a security perimeter has been set up to the great displeasure of fishermen who say the area is precisely where most fish is found.

The gas project has also drawn criticism from environmental groups.

"No one can deny that resource exploitation has and will continue to have impacts on our environment", Pape Fara Diallo analyses.

"There will also be social impacts and when you see the communities that live next to where the resources will be exploited, especially here in Nguet Ndar (ed: fishing village of Saint-Louis) ", the chair of the National Publish What You Pay Coalition adds.

"We feel people are concerned, we see the discrepancy between the billions that we are told will come from the extraction of offshore gas and the poverty that you see around you."

But Energy and Oil Minister Sophie Gladima said "they were important enough to radically change the economy and industrial fabric of the nation and thereby its future prospects."

She underlined the legal framework needed to bring thousands of Senegalese jobs into the sector, and the setting up of the National Institute of Oil and Gas to turn out a highly qualified workforce.

But fishermen say they are being excluded from the future planned out by the state.

"Not being the greatest polluters since we are not industrialised, it would be unfair in the search for a solution (to global warming) to ban Africa from using the natural resources which are underground," Sall told visiting German Chancellor Olaf Scholz in May.

Francois Gemenne, an expert with the Intergovernmental Panel on Climate Change, said:  "What's at stake is that these countries can and do choose a decarbonised economy.

"And that requires the transfer of technology and investment in renewables, which is still generally lacking."

The pre-COP27 talks held in Kinshasa at the start of October heard calls for alternative technologies and major financing to sustain a green transition. 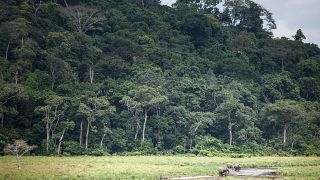