For the residents of the Mozambican town of Mocímboa da Praia, the city has almost returned to being a good place to live. It is football day and every goal is greeted with celebration.

The port city was liberated from the Al-Shabaab terrorists a year ago.

Despite the smiles, the scars and the memories of four years under Shebab jihadist terror remain.

"They (Shebabs) came and said, "we are going to burn the house". I went out, opened the door and they came into the room, Lucia Da Silva recounts.

"I told the children to run and hide in the room, but one of them came in and took the children. I couldn't stop them. They said they were going to take good care of the children. Afterward, we fled outside, they ignited the beds and mosquito nets with gasoline and burned the house", she adds.

This Wednesday marks five years since the first attack on police units in Mocímboa da Praia. The city is now under the protection of the Rwandan police, who came to back the Mozambican authorities.

The conflict has spread across the entire province of Cabo Delgado and displaced thousands of people. Many have not yet been able to return home. They remain in makeshift accommodation centers still mourning their old lives.

"We here in Cabo Delgado are tired of the terrorists, Ricardo Mendes sighs.

"This quietness that we are seeing today is because our forces are working in the jungle. They are pursuing the terrorists", the man living in Metuge explains.

If streets are quiet, the fear of new attacks remains real. And most families have to face a new enemy: hunger.

"Here since we arrived over a year ago we always eat the same thing: rice and beans, Graça João laments.

The UN estimates that the years of terror have led almost a million Mozambicans to flee their homes.

Despite efforts to pacify the province and international support, the conflict is not over yet. It is less noisy, but no less painful for thousands of families. 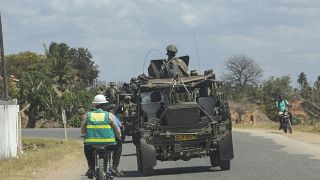 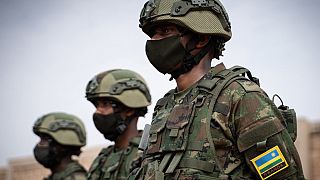