The GCA calls for "high-level dialogue" ahead of COP27 as African countries agreed on a common push to limit global warming to 1.5 degrees Celsius -- a goal that scientists fear is increasingly elusive.

African countries are among the nations that are least to blame for the fossil-fuel gases that stoke global warming, accounting for less than four percent of global emissions of carbon dioxide.

But they are also among the countries that are most exposed to climate impacts, such as worsening drought, floods and cyclones.

According to the African Development Bank, Africa will need as much as $1.6 trillion between 2020-2030.

In many rich countries, catastrophic heatwaves and wildfires this year have strengthened demands for action on climate.

But Russia's invasion of Ukraine and the threat to growth posed by the Covid-19 pandemic have also cast a shadow on prospects for meeting funding needs. 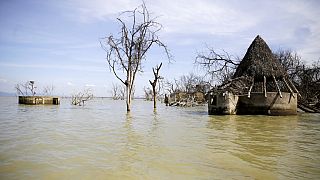