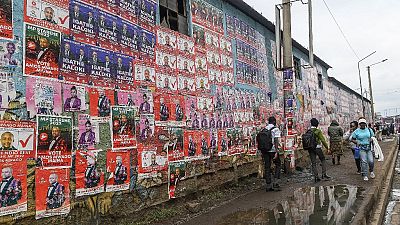 Kenyans go to the polls on Tuesday for high-stakes presidential, parliamentary and local government elections in the East African country plagued by political disillusionment and a soaring cost of living.

With its rich wildlife, beaches and farmland, Kenya is an economic powerhouse in East Africa, despite a pandemic and a drought not seen in 40 years. Four candidates are vying for the top job, including current vice-president William Ruto, and Raila Odinga, a former opposition leader now backed by the government.

Here are five things to know about this country nestled between the Great Lakes and the Indian Ocean:

End of the Kenyatta era

Kenya gained independence in 1963 after eight years of rebellion against British colonial rule. Jomo Kenyatta became the first president of this young republic, replaced by Daniel Arap Moi upon his death in 1978. In 2002, 11 years after the abandonment of the one-party regime, the first democratic changeover took place: the opponent Mwai Kibaki won the presidential election.

But in 2007, the disputed announcement of his re-election led to unprecedented politico-ethnic violence which resulted in more than 1,100 deaths. In 2008, a government of national unity was set up, with Raila Odinga, now a candidate, as Prime Minister. He was defeated in the 2013 presidential election by Jomo Kenyatta's son Uhuru, who was then indicted by the International Criminal Court (ICC) for his alleged role in the 2007-2008 post-election violence.

Bis repetita in August 2017. The presidential election is however cancelled for "irregularities" by the Supreme Court, a first in Africa. Uhuru Kenyatta was elected in a new election, boycotted by his long-time opponent. The two men sealed a surprising alliance in 2018, at the expense of the vice-president and designated successor William Ruto.

The country has about 50 parks and nature reserves that attracted 1.5 million visitors in 2021. Among its gems are more than 30,000 giraffes and the famous "Big Five": lion, elephant, rhino, buffalo and leopard. Wangari Maathai is one of the best-known ambassadors of this biodiversity, awarded the Nobel Peace Prize in 2004 for, among other things, her work on tree planting.

Kenya is also known as "the cradle of humanity". The Rift Valley, which stretches from Tanzania through Kenya to Ethiopia, has been the scene of major fossil finds. Hominid remains nearly six million years old have been found in the Turkana region.

Kenya is one of the most dynamic economies in East Africa and is nurturing its image as a regional hub. Its profile is atypical in Africa: relatively few natural resources but a remarkable economic dynamism and service sector. Agriculture is also one of its pillars (over 22% of GDP) and the main source of exports (tea, flowers, coffee).

After a 0.3% decline in 2020 due to the pandemic, Kenya's economy has begun to recover in 2021. But fuel and food prices have soared, particularly for maize meal - a staple food - fuelling frustration in a country plagued by endemic corruption. In 2021, it was ranked 128th out of 180 countries and territories by Transparency International.

Inequality is glaring in Kenya, where golf courses and slums can be found side by side and the minimum monthly wage is 15,120 shillings (124 euros). According to the NGO Oxfam, the wealth of the two richest Kenyans is greater than the combined income of 30% of the population, or 16.5 million people.

The population of about 50 million, according to official figures, is mostly young and Christian. Of the more than 40 ethnic groups, the Kikuyu are the largest, followed by the Luhya, Kalenjin and Luo.

A breeding ground for athletes

Kenya is one of the great nations of long and middle distance running, with champions such as Eliud Kipchoge and Faith Kipyegon.

Sprinter Ferdinand Omanyala has also made a name for himself in the land of long-distance runners, setting the African record in the 100m in 2021 (9.77), then achieving the third best performance in the world in 2022 (9.85).

But the shadow of doping regularly looms large. The country came close to being excluded from the Rio Games in 2016 before announcing the introduction of specific measures such as the adoption of an anti-doping law.

The spectre of bombings

On 7 August 1998, an attack on the American embassy in Nairobi killed 213 people and injured 5,000. Al-Qaeda claimed responsibility.

After the Kenyan army entered Somalia in 2011 to fight the radical Islamist Shebab, attacks multiplied, notably at Westgate in Nairobi in 2013 and Garissa in 2015. They killed 67 and 148 people respectively.

In 2019, 21 people died in a new attack on the Dusit hotel complex in Nairobi. Since then, attacks have become more sporadic, concentrated in the east of the country. 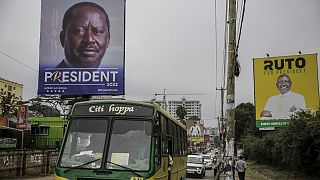 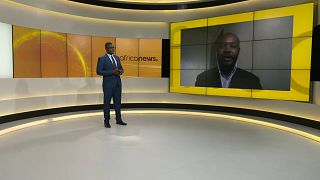