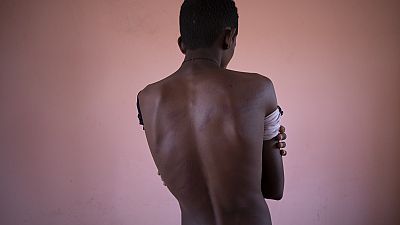 The death toll from days of tribal clashes in a southern Sudanese province climbed to at least 65 people, a senior health official said Sunday.

The fighting between the Hausa and Birta ethnic groups in the Blue Nile province also injured around 150 others, said Gamal Nasser al-Sayed, the province’s health minister.

He told The Associated Press that most of the dead were young men who were shot or stabbed.

Al-Sayed urged authorities in the capital of Khartoum to help airlift 15 seriously injured as hospitals in the Blue Nile lack advanced equipment and life-saving medicine.

The fighting in the Blue Nile grew out of the killing of a farmer earlier last week and continued through Saturday, according to the local government.

Authorities deployed the military and paramilitary Rapid Support Forces — or RSF — to bring stability to the region. They also imposed a nightly curfew and banned gatherings in the towns of Roseires and Damazin, where the clashes took place.

Local media reported that thousands of people fled their homes since the clashes began last week.

The fighting was the latest tribal violence to hit Sudan, which is in turmoil since the military took over in a coup in October 2021.