South Africa is reeling in shock from a spate of weekend bar shootings in which armed men burst into three taverns and opened fire indiscriminately, killing 21 people in total.

The worst was in Johannesburg's Soweto township in which 15 people were killed and several others seriously injured when several men charged into a bar and started shooting with AK-47 semi-automatic rifles late Saturday night.

Nomandla Masumpa, who lost three relatives in the tavern shooting said she was startled by gunshots in the middle of the night and started panicking when she discovered her 17-year-old grandson was not home.

"On Saturday night as I was getting cosy in bed, I heard gunshots. It was as if it was happening right in my backyard. There was one (gun) that sounded like an AK47, or some kind of machine gun. I had a sinking feeling in my stomach. That's when I knelt down beside the bed and started to pray," she said.

She left her home in search of him only to find the bodies of her relatives at the tavern.

"When I arrived at the tavern I found bodies laying on top of one another and blood was still pumping from their corpses. I didn't see the car the allege did this. I went through the bodies looking for my family members and that's when my blood pressure shot up," she said.

Her son, Siphamandla Dlamini, said he was inundated with phone calls while he was at work, informing him of the death of his cousins. He said that their deaths are something he was still struggling to make sense of.

"What do you say when something like this happens? I lived peacefully together, and now they are gone without reasonable explanation. It's not like they'd fought with anyone before they died."

According to police Minister Bekhi Cele, who visited the Nomzamo township following the shooting, the gunmen responsible for the shooting were clearly intending to kill the patrons at the tavern.

"There were about plus 130 empty cartridges of AK 47, which means that those people really meant the business of killing," he said, adding that South Africans would have to come together to fight the scourge of violent crime in the country.

Police have launched a manhunt for 5 suspects in the Soweto shooting, while investigations continue in connection with the various killing that took place across provinces over the weekend. 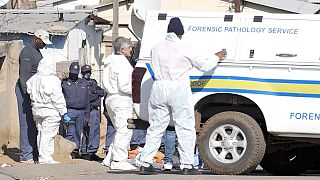 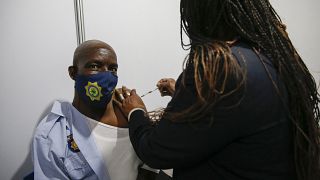