Tunisians protested Thursday in support of the country’s main union which called for a one-day nationwide strike. Outside the headquarters of the Tunisian General Labour Union protestors salary hikes and concessions on looming reforms.

It is estimated that up to three million workers could observe the strike, closing state agencies and public companies.

Employment Minister Nasreddine Nsibi said the government reserved the right to "requisition" some workers to allow essential services to operate.

The strike comes at a time when President Kais Saied faces intense criticism for excluding opposition political forces from his "national dialogue". The UGTT was invited to take part in the talks, but refused on the grounds that key political forces were not. It also argued that the process aimed to push through "conclusions decided unilaterally in advance".

The government presented a reform plan to International Monetary Fund which includes a freezing the public sector wage bill, cuts to some subsidies and a restructuring of publicly owned companies in order to access a bailout.

The UGTT  has warned against "painful reforms" aimed at pleasing the IMF and demanded guarantees that public companies including some monopolies will be spared privatisation.

In the meantime, the strike has caused cancellations at airports and brought public transport, the postal service and utilities firms to a halt.

In late May, ratings agency Fitch said tensions between the union and the government were threatening negotiations and warned it would be hard to push through reforms without UGTT backing. 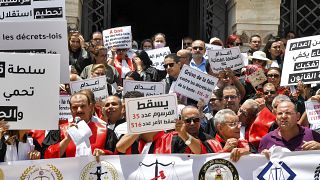 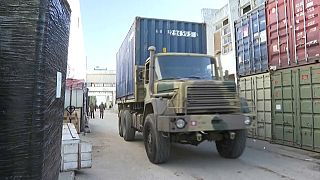