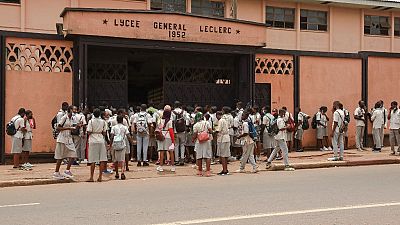 Four idle students play Ludo on a smartphone on a bench. This almost deserted high school in Nkonsamgba, a town with a reputation for rebellion in the west, is one of the symbols of a "dead chalk" movement by teachers in Cameroon, who accuse the government of "beggaring" them.

In this Central African country of 28 million inhabitants, a collective of high school teachers called "On a trop supporté" (OTS) launched a strike on 21 February which threatens to spread to other sectors. They are demanding that the government of President Paul Biya - 89 years old, including nearly 40 years of undivided power - pay huge arrears of salaries, bonuses and allowances amounting to 181 billion CFA francs or nearly 276 million euros.

"Money in your pocket, chalk in your hand," the strikers promise on posters in high schools or on social networks. "The word of order is respected on the whole, even if it is not 100%," Hubert Lipem II, an OTS official, told AFP. Their strike "has caused significant disruption to the school year and major dysfunctions in our education system," acknowledged Communication Minister René Emmanuel Sadi on 10 March, admitting "the legitimacy of most of the demands.

Under the banner of "OTS", thousands of teachers strike in Cameroon https://t.co/LD14N66FL9

Many teachers are not paid or receive a partial salary for months or even years. Once graduated, the teacher is assigned to a high school but is not paid immediately. Then, sometimes much later, they receive only two-thirds of a monthly salary - or 130,000 CFA francs, less than 200 euros - until they are integrated into the civil service, a process that can take a long time, explains Thierry Makon, an active member of OTS.

Once integrated, the state must pay him a "reminder" of unpaid bills, but "it is often necessary to pay a bribe, up to 30% of the amount of the reminder" to the civil servants in charge of the procedure, says Hubert Lipem II. Ulrich Tadie was assigned to a high school in Nkonsamgba three years ago. "I received my first two-thirds salary a year later," the young computer science teacher lamented. And the state has still not paid him the arrears. As a striker, he comes to school every day, but he has been wearing all black for the past week: "in homage to Mr Hamidou".

A symbol of the first days of OTS on social networks, "Mr Hamidou", a frail sports teacher in Beka, in the north, had moved by holding up an A4 sheet of paper on which he had written: "2012-2022 WITHOUT MATRICLE - 10 YEARS WITHOUT SALARY - OTS". Mr Hamidou died of illness on 8 March, aged 38, a few days after the Minister of Public Service announced his integration.

On 7 March, Paul Biya ordered the release of 2.7 billion CFA francs (EUR 4 million) - but only to pay for the costs of marking the exams - and then the payment of the additional salary of those who only receive two-thirds of it. And he promised the "progressive settlement" of everyone's unpaid bills, in the wake of Mr Hamidou's death. These measures are unsatisfactory", OTS reacted, calling for the strike to continue "peacefully".

Out of a class of 58 students at the Nlonako de Nkonsamgba high school, only two students are present. "This strike is penalising us, we are in an exam year," laments one of them, Laure. In the next class, Raïssa, in first grade, is alone. "We're way behind schedule. I'm trying to make progress by copying exercises from a former student's notebook," she explains.

Elsewhere in the country, teachers may be in class but many are not teaching, or are replaced by temporary teachers. On condition of anonymity, one teacher said that only private "temporary teachers", recruited by Nlonako High School by asking parents to pay more, teach their children.

In a recent street protest, students in Douala, the economic capital, chanted "Pay, pay the teachers". "I am saddened. We are paying money for our children," said Joseph Bioche, a parent in Manengole, near Nkonsamgba. Registration fees and other costs can be very high. And more than one in four Cameroonians live below the extreme poverty line (on less than US$1.90 a day or €1.70), according to the World Bank.

In secondary school in Cameroon, the enrolment rate was only 43% for girls and 48.9% for boys in 2016, according to UNESCO. The discontent continues as another movement, "Trop c'est trop" (TCT), is emerging among primary school teachers, who also sometimes teach without pay, and threatens to spread to other public sectors such as health and transport. 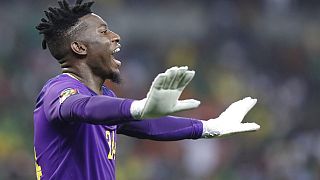